Why Are Game Journalists Bad At Games 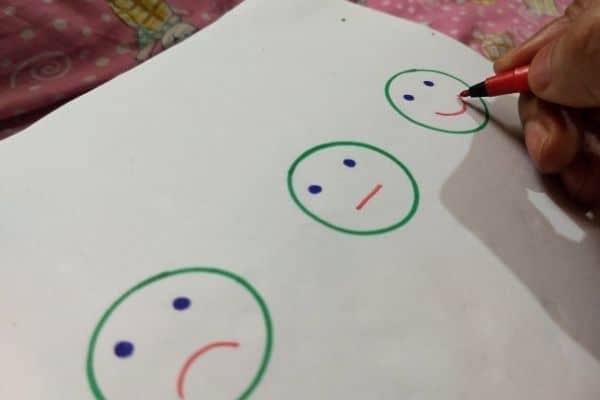 You can’t please everyone and you certainly can’t please all of the people all of the time, but one group that’s increasingly coming under fire in the gaming community is the video game journalism themselves – particularly those who work for mainstream publications. It seems that more and more gamers are unhappy with their reporting, or lack thereof when it comes to how games handle important issues such as diversity or representation in both development teams and on screen. The job of the game writer involves giving news and evaluating games and for many years there has been an assumption that most people have become discredited due to the perks of this job. Because of this corruption, many games they praise can actually be utterly terrible, or even worse. With this in mind, here at Duck Blog, we give our take on why gaming journalists are bad at games…

Why does game journalism need to be better? Not all are terrible just some shouldn’t work in the industry especially if they don’t play games themself. Video game journalism is a very hard skill to learn because game developers pump out a lot of games each day. Some have good reviews and some have negative reviews. Just because you have a degree in a certain aspect does not mean you are going to be part of the good gaming journalists group.

They’re all have terrible majors

A lot of companies that cover game journalism hire people that go after liberal art degrees, but one I’d like to draw attention to is going after an English or communications degree instead of an engineering, game design, or computer science degree. The latter has two areas that are very helpful to becoming a game journalist: computer science and mathematics. These are vital skills that many journalists simply don’t have, which affects their ability to understand how a game works and can hurt their arguments. Of course, there’s nothing wrong with being a liberal arts major–I would be remiss if I didn’t mention all of my friends who went that route. But it’s something we need to think about when dealing with games on a technical level, especially since there aren’t really any solutions right now besides hiring more people on staff who are versed in coding or math.

The trouble with Game Journalism in regards to credentials is that it’s hard to find people who could make the cut. If someone is well-informed on video game advancement, opportunities are that they want to make games and not talk about it. So points need to go the other means: If you want to be an expert video game reporter, then you require to understand what enters into video game advancement.

The last part of this point goes back to the problem of criteria. A person that is a specialist must have the ability to speak seriously concerning any type of game; even the ones they do not such as or have trouble with. If all you do is shout regarding games or disrespect the developers, then you are not a video game journalist.

They only want money

Perhaps it’s a result of being surrounded by so many games, but there seems to be an awful lot of people out there who take up video game journalism because they don’t actually like games. There are a lot of games out there that are just mind-numbing, some are good but the majority of them are just like to take your brain away and do nothing on. A good example would be Candy Crush Saga, it’s not a half-bad game but the game developer wanted to make it mind-numbing. Even people that have never played a single video game in their life know what it is. So I don’t think any game journalist should write about any video game unless they play a ton of different variety of games. Half-assed reviews from many journalists are not right. If you want to get into gaming journalism, then you should know the greatest and worst game of all time. Here at Duck Blogs though we know our games!

There’s a reason why most magazines review a particular game as close to the release date as possible—because only then have they actually had enough time to get familiar with a game. And yet, far too many publications base their reviews on just one day of play. I understand that they don’t want to spoil surprises, but at some point, journalists need to recognize that by playing so little and providing an opinion on something so soon after playing it, they may be ruining more than one person’s experience with a game. The old standard of waiting until a game is available for rent or sale before reviewing it still seems like a better idea.

Part of their job is to pander to you. This means talking about community, gear, and things like that are part of their job is to pander to the target audience. But sometimes they don’t exactly know what people want. Most of the time they will talk all about what’s hot and big. Many sites will cover, for example, Call of Duty because it’s a big title and a ton of people play it each year. Smaller game publishers won’t have their games recognized because of this. That’s why here on Duck Blog, we are committed to bringing you what other games journalism won’t bring you, all types of video games will be covered.

Their standards are low

Even a mediocre game is pretty good when you’re spending someone else’s money. Being evaluated on your own merits in a new medium, especially at first, can be intimidating. That’s why so many game critics are afraid to assign a score lower than an 8 or 9 out of 10, even if there are only a handful of games in any given year that deserve it. Everyone wants to play it safe and make sure not to stick their neck out for fear of being called out for putting unfair expectations on developers, but we all know that there have been far too many undeserving AAA releases over the past few years.

They look down on people

Gamers have always been subject to scrutiny, and it’s something we’ve always taken in stride. But I can’t speak for everyone when I say that sometimes, it gets a little annoying when a games journalist goes out of their way to flaunt how little they know about games. Those jabs may seem harmless at first (and they probably are), but even harmless remarks still add up over time. It’s like having someone come up to you and make fun of your haircut every day; at first, you might shrug it off, but after a while, those remarks get to you—which is why many journalists should refrain from poking fun at gamers for playing games. Doing so doesn’t make them bad game journalists; it just makes them rude people.

Being paid is more important

When discussing game length, it’s not uncommon to hear people claim that gaming reviews are too short. Now while I’m as guilty of having made that claim as anyone else, I think a lot of I’m not done with it yet! justifications are also bullshit. If you played for an hour and didn’t like something about a game (i.e., it wasn’t fun), wouldn’t you stop playing? Do you need to play for eight hours before it becomes fun? Is there any chance you will actually finish a 40-hour RPG in two weeks and still have time to write about other games? No!

Here is a video more about this topic.

Not all game journalists are bad…