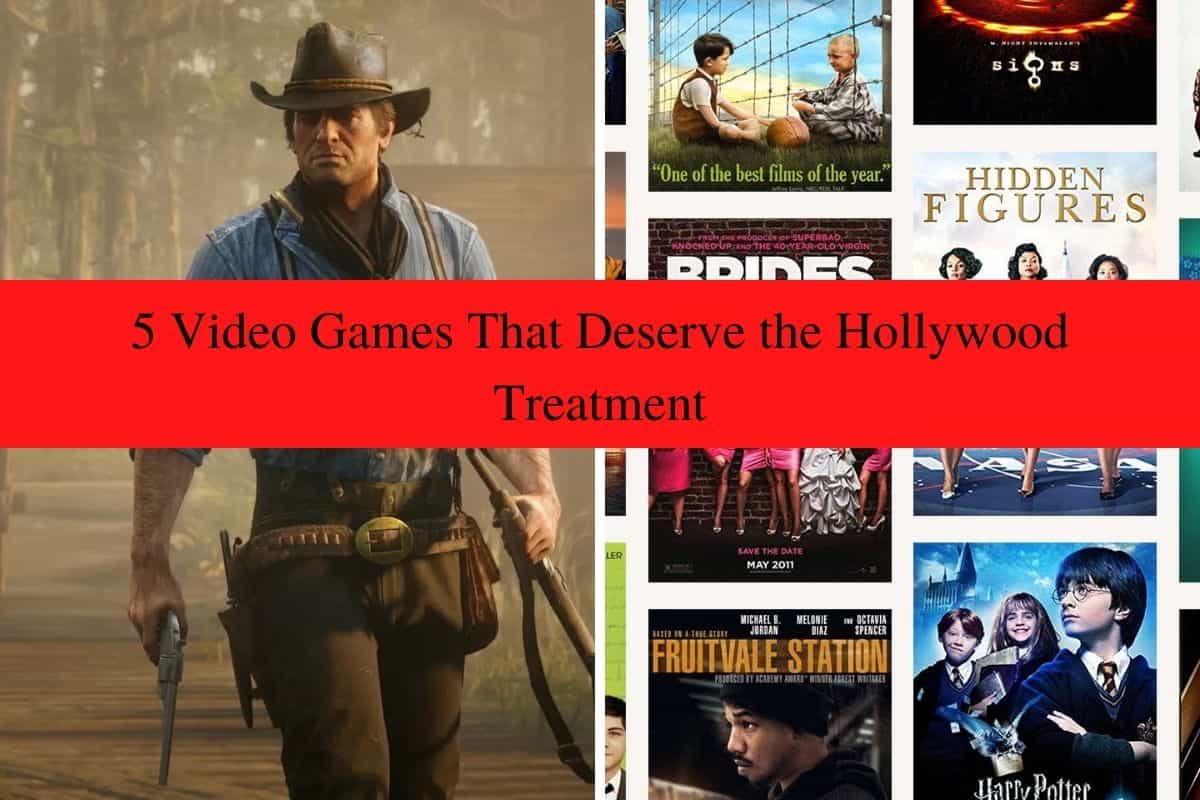 The world of video games isn’t just growing bigger every year; it’s getting more cinematic, too. From acclaimed video game movies or TV shows like Sonic the Hedgehog and Halo to other future brands, we’re in the middle of a golden age of video game adaptations, some of which are just begging to be made into movies and television shows. But there are still plenty of titles from the past and present that deserve to make their way onto the big screen and don’t seem likely to happen any time soon, so here at Duck Blogs, we have our top five video games that should be movies.

Overwatch is one of Blizzard’s top projects, and it shows in both its polish and popularity. Overwatch is a team-based first-person shooter that revolves around two teams of six players who must try to eliminate their opponents by either achieving a set number of kills or completing an objective. The beauty of Overwatch lies in its attention to detail—it immerses players in a world where they have access to all sorts of crazy weaponry and an assortment of different characters to play as. Blizzard has released some short films of Overwatch so theirs no doubt that this popular shooting game would be a hit in theaters.

A visceral and incredibly entertaining action-adventure game, Red Dead Redemption II is in a league of its own. It follows outlaw Arthur Morgan, a member of Dutch Van Der Linde’s gang trying to survive in America during the dying days of civilization. It delivers all that you could ask for from an action-adventure: beautiful scenery, believable characters, and intense gunfights that never feel repetitive. The story alone is worth checking out and it could be an amazing movie as the story in this game is one of the best of all time.

The immersive, steampunk fantasy world of Dishonored is ripe for cinematic adaptation. The premise of playing a character who can shift between two contrasting identities has plenty of dramatic potentials and could be great source material for a revenge-driven action flick. Any of the games in this series could make for a steampunk-type movie that follows the queen’s bodyguard in trying to prove his innocence.

The 2005 version of God of War is one of my favorite action games of all time. Fast-paced combat, an excellent plot, and some truly memorable boss fights make it an essential entry in any gamer’s collection. Like a lot of gamers, I thought: Wouldn’t it be awesome if they made a movie out of that? Well, there are rumors that it is happening and I hope it does happen because someone playing Kratos would just make my younger self so happy.

When Disney and Square Enix announced that they were combining their two powerhouse franchises into one, fans were skeptical. But after more than a decade, Kingdom Hearts has become an extremely popular franchise in its own right—so much so that fans clamor for a film adaptation of their favorite game each year at E3. Square Enix has shied away from talking about adaptations in any way, but if we can dream anything, we can dream that this movie will happen in our lifetime.

What game deserves to be a movie most? While there are many that have become movies over time, what about those games that aren’t even close to being made into one? Some games are just begging for a big-screen adaptation. Which of these 5 video games deserves to be a movie more than any other? Let us know in the comments below or by contacting us today we would love to hear your opinion.