The 10 Best Call of Duty Maps Ever: According to our Team 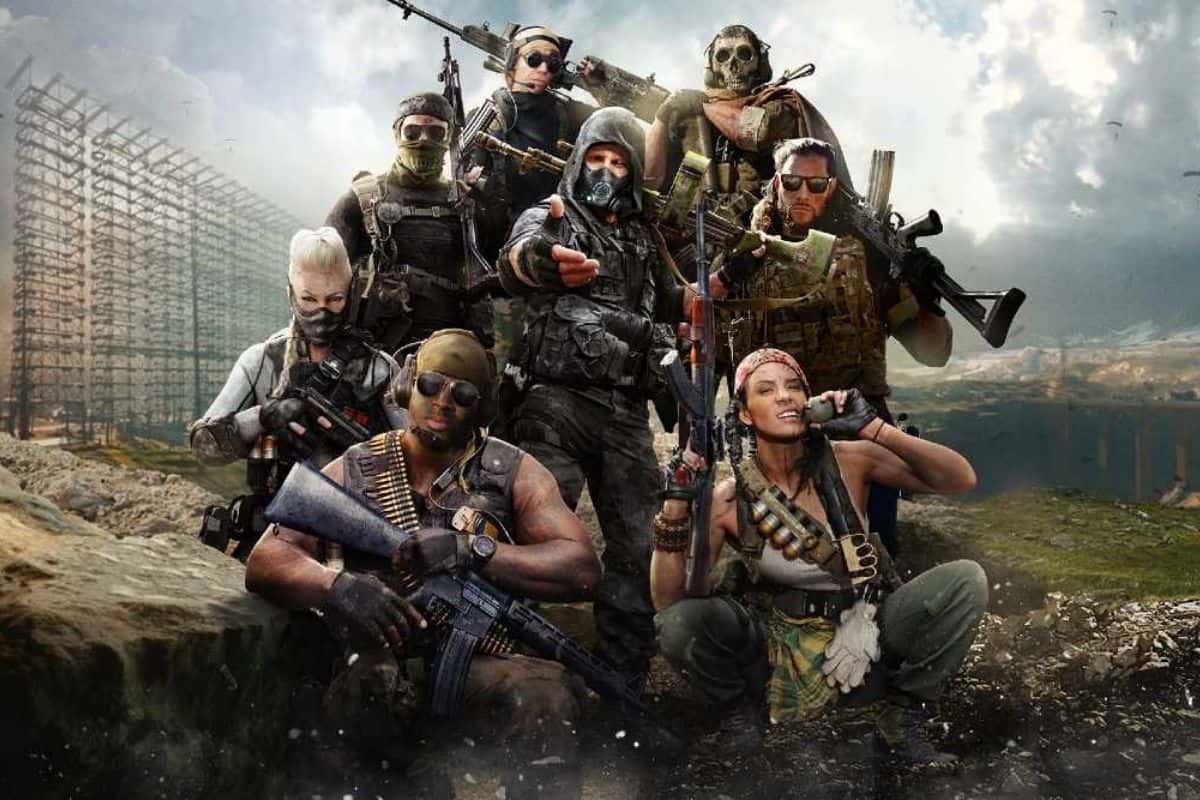 The snowy landscape has usually not always been labeled as a great map. Is that an accident? Summit is also a very rare exception with varying close-quarter combat and longer sights that can be defended with an assault rifle. From Capture the Flag / Search and Destroy plays good on summit and no one part of a given map is considered favorable. Often whichever team controls an electrically equipped house will be dominant over that region. This map design is so well thought out and makes snowy maps looked at more. That’s why this map is on our list of 10 great maps.

This is a small map on our list but is still an amazing map. It used two multiple-story buildings on the opposite side of the deck and offered various perspectives on the killing of the enemy. The underground road likewise traversed the engine room in hardpoint rotations that regularly proved chaotic. Despite having inherent advantages, the flexibility in these maps gives players the chance to run both the PSD or DSR. It was once remade as skyjacked in the first DLC of Black Ops 3 and as the POI in Black Ops 4, Black Ops Battle Royal.

This fantastic map from Call of Duty 4: Modern Warfare was such a staple in Call of Duty. You enter what at first glance seems to be a typical city layout – but this one flows easily. With tight corridors – perfect for both close-quarters combat and long-distance engagements – many players find themselves overwhelmed in this location. There are vantage points from where players can shoot anyone below them, along with an elevated position that grants a great view of both the monument and the central market square. In addition, there are several routes leading up or around this area that lead to other areas in Scaramanga County, making it one of the most important spots to hold onto if you want ultimate control over everything! Call of Duty 4 Modern Warfare did so well with this map that they remade it into the 2019 Modern Warfare game.

Firing Range is one of the best maps created by CoD. It is also another map with a smaller and larger environment. Based in an abandoned military training zone in Cuba, this was reincarnated many times in subsequent Treyarch Games. It was in Black Ops 2 as a DLC map titled Studio, which was used in Black Ops 2, and acted as a base map for Black Ops 4 2018 using its own title. Another mix between long and near-range gunfighting, “Firing Range” is one of CoD’s most unique maps. Like Nuketown, Firing Range never was more beautiful.

Another map during Modern Warfare 2’s time was so popular that it had a remake. This map takes place on top of a high-rise building that is still under construction. This map had a lot of places that only a few know where to go and if you aren’t careful you could fall right off the map! Typically “houses” are playgrounds for snipers. It’s built on top of sky buildings, and if a mistake is made in the correct direction you may die with sniper rifles. Basically, if you spawn you get a line from which other teams can spawn, causing multiple deaths. The situation is annoying since you may lose 2 seconds and therefore have to stop playing. Its maps have many hidden features which you can easily find.

This Hollywood house has incredible architecture, a huge range of expensive sports vehicles, and even a basketball center. The map is really unique and underscores this by permitting swimming in the pools. Several fires can take place at the same site anywhere in the world. This was one Black Op Cold War map whose original classic map was added and it remains extremely popular today for many reasons.

If you playedModern Warfare 2 in its prime, then you know what this map is all about. This airport terminal, classic map, takes place at an airport with airplanes to go into. I have fond memories of this map and playing with my friends, trying to get on top of the plane and outside the map. This map was remade for Modern Warfares 3 as DLC, and it’s also was featured in Verdansk in Warzone.

Starting from 2007, Modern Warfare Shipment is the main item in a lot of Call of Duty games. Shipment represents CoD’s first effort in an arena-like, small multiplayer map. Shipments have a simple grid system and sometimes are complete anarchy. The game was either five killing strikes of the same duration or 15. However, the fast pace of matches ensured that the players were always engaged. Shipment was previously incorporated into other CoD games including Modern Warfare 2019 and Call of Duty: Vanguard. Which one was the best though? This map is just straight chaotic, you can’t go a few feet without seeing an enemy. Getting killed right as you spawned is very common on this map. If you can’t handle the heat stay away from this map.

This special-edition map is so well known that it almost doesn’t need an introduction. It is set in a town (thus, Nuketown) that has been developed into an urban warfare training facility for soldiers and has everything you’d expect from a multiplayer match: a nuke at the end of a match, buildings to run through, cars and bus to take cover behind, and more. Located in the first two games by a Treyarch developer since the original Black Ops. So while people probably have a lot of problems getting out of the picturesque model neighborhood, it can’t be denied that the place is beautiful. It is similar to Rust Shipment or Dome in that it focuses on creating a tiny map that can be continuously acted upon. Two dwellings are located over a truck or school bus where most of the battles are carried out. It’s a good map for spawning traps when no one tries to get in the backyard. And there are some sniper sights if the sniper is used. It’s easy.

Rust was the main 1v1 map before the Gulag. Rust took on the idea that there would be a map on a CoD4 shipment but created an interesting little playground. There are numerous ways of getting your opponent into action. Rust has several crevices that allow for moving and one of the smallest maps feels gigantic. That’s why this is our best map in Call of Duty history.