How to Take Apart an Xbox One Without Destroying It 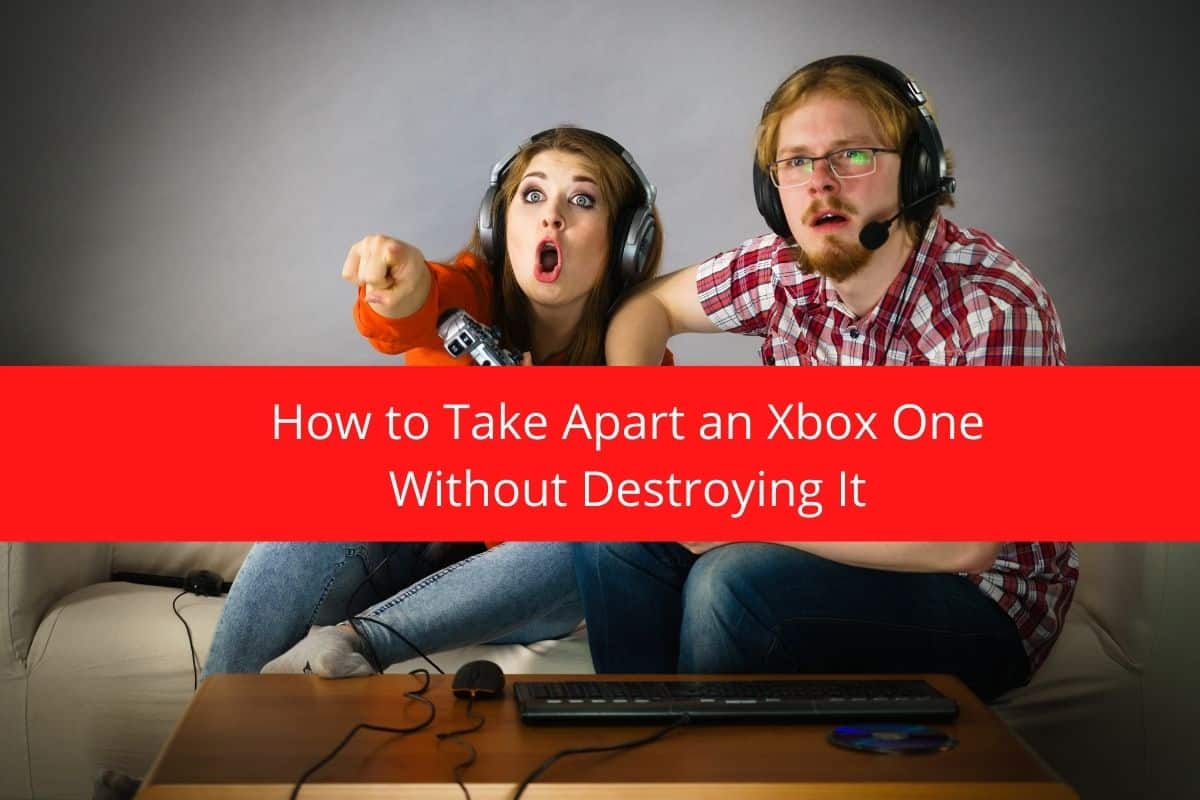 Do you want to learn how to take apart an Xbox One or an Xbox One controller? There are plenty of great reasons why you might want to do this; it’s never fun when your Xbox One won’t turn on, especially if you’re about to play with some friends online. It can be tempting to just smash the console with a hammer or to take out your frustration on the controller and toss it across the room, but before you do that, it’s best to learn from us at Duck Blogs how to take apart an Xbox One or Xbox controller without destroying it in the process.

Tools you will need

A tool kit is preferred but you really just need a Screwdriver, Xbox T5 Torx screwdriver (you can find a cheap one on Amazon), and various plastic pry tools. There are many types of these available on Amazon; I prefer ones made out of hard plastic because they won’t leave marks behind like metal tools might. Some people recommend using a razor blade or X-Acto knife as well but I never did because it would just take too long. You will also need some compressed air (I used canned air) to clean out any debris that may be inside your console after you disassemble it. I bought my canned air from Home Depot for about $6 and had enough left over for another project so you could probably get away with buying a small can at most hardware stores. If you don’t have access to compressed air then buy some rubbing alcohol, put it in a spray bottle, and use that instead.

Section 1 – Turning off your Xbox One

Unplug your Xbox One from its power source, and wait for all indicator lights to turn off before proceeding. Keep in mind that if you’re using a surge protector or uninterruptible power supply (UPS), you may need to turn it off as well. Also, if you have any external hard drives connected or media streaming through your console, make sure they’re all disconnected. The last thing you want is to damage one of those while taking apart your system.

Section 2 – Opening up the console

The first step in taking apart your console is to remove all the screws on its exterior and the security screws that void the warranty. The Xbox has two on each side of its body and one underneath. To reach these, use a Phillips head screwdriver. However, you don’t need to remove all of them—only those that are visible from the outside of the device so the hidden screw that you can’t see is fine. Once unscrewed, there should be a small amount of prying required before they pop out; usually, less than 15 pounds of force will do it. Be careful not to overdo it or you might damage other components. If you find yourself struggling with any of these steps, consult Microsoft’s official help service for more help.

Section 3 – Removing all screws from the case

To remove all of them at once you’ll have to open up a security hole for all of them. Doing so is as simple as taking a flathead screwdriver and sticking it into one of them, then sliding it in and around, loosening up some of those top screws. This can also be done by using a driver that’s more specifically designed for opening electronics. If you don’t have any on hand just use a regular old flathead. You should be able to pry off the case with your hands or a pry tool after doing so, but if not use a plastic pry tool or something similar.

In order to remove these components, flip your console so that you’re looking at its underside and start by removing three Phillips-head screws. Two of these will be near your system’s power supply, while one will be on your drive’s caddy. When finished, you should have removed five screws from each side of your system. Remove them all and set them aside for now; you won’t need them again until later in our disassembly process.

Disconnecting all of your wires is simple. You will start at one end of a wire and pull it from its connector. Make sure you do not yank it out, as you may break your internal Xbox components! Some internal wires are secured with plastic ties or clamps, so you will need a pair of pliers to loosen them. With all your wires disconnected, now you are ready for cleaning! Follow these steps. After completing those steps, give everything a good wipe down with rubbing alcohol and let dry overnight before reassembling. Now that your console has been cleaned, we can move on to replacing any damaged parts.

Section 6 – Putting it back together

When putting your unit back together, be sure to follow these steps in order and make sure you reconnect everything correctly. To do so, take a look at your old unit and make note of how it was put together. Once you’ve been able to successfully take apart your unit, it will be much easier to put it back together. Happy Fixing!

Unscrew these two screws. Remove your controller’s bumper, exposing four more screws. Pop off your analog sticks and unscrew those, too. Now remove your top case using a Phillips head screwdriver. With all of that out of our way, you can now access all of your controller’s inner components safely.