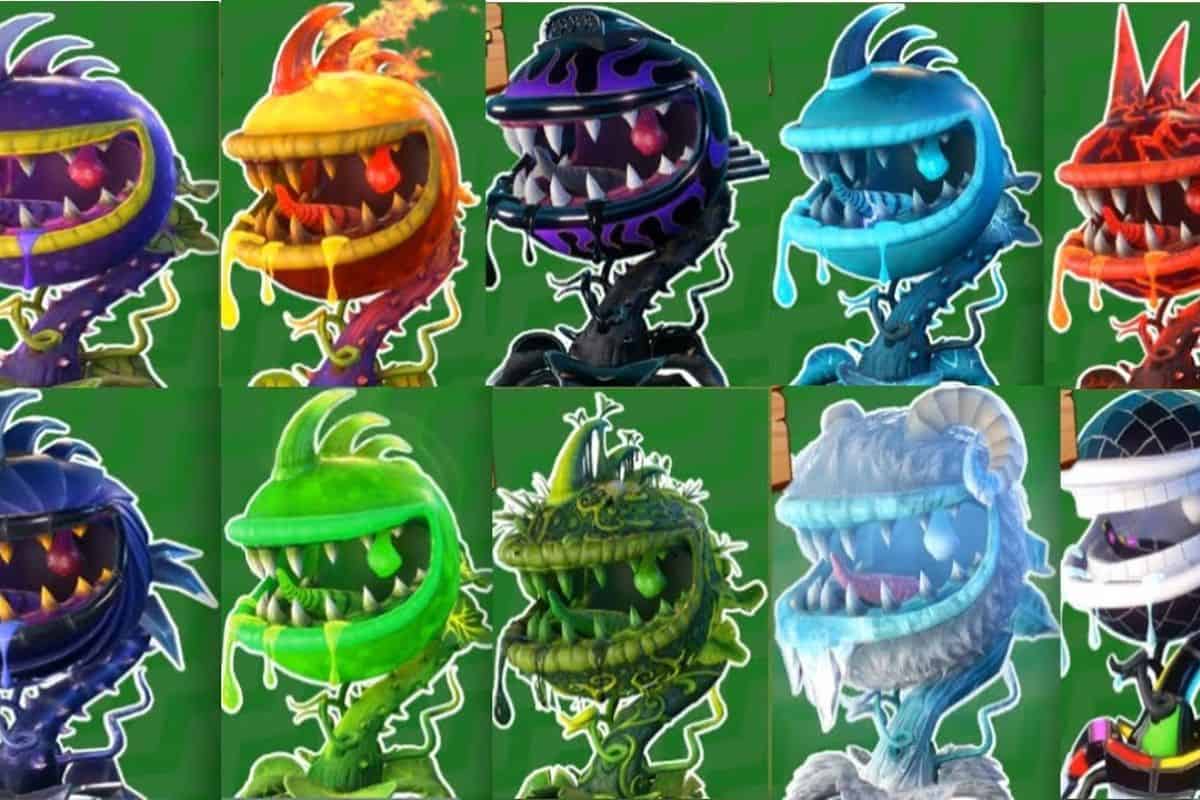 The Chomper is an attack plant in all Garden Warfare games. He is the melee character on the plant’s team while Super Brainz is to the zombies. The Chomper class does have some range in his abilities but not as much as other classes. His main playstyle is more assassin and he pops up right in front of you and you don’t have a chance when he gets close. He also has the ability to swallow zombies from his burrow or from behind. Here at Duck Blogs, we are committed to giving you the best and most unbiased video games news, reviews, and tips to get you that edge you need. If you have any questions or ideas for new articles feel free to contact us or write in the comments today.

Chomper’s main weapon his teeth. He’s up close and personal with his bite or his spray ability on some varients. If you get behind a zombie, you can swallow the zombie in 1-hit vanquish as long as the other zombies don’t kill you first. They also have a burrowing ability that makes the chomper go underground and swallow a zombie. If the zombie has a shield or something that he is holding then the Chomper will just swallow that instead. It’s important to note that it takes time to swallow so make sure you aren’t in a group of zombies when doing this.

In Plants Vs Zombies Garden Warfare 2 there are a total of 9 variants of the Chomper.

This variant has a speed boost after swallowing a zombie.

This variant gains health after swallowing a zombie.

Fire Chomper shoots a fire breath spray that deals damage over time instead of biting.

This variant does the same attack as the Fire Chomper but it does electric damage instead.

Another spray variant that does Toxic damage.

This variant has more health and bite damage but is slower in movement speed.

This variant recovers health faster than the normal Chomper.

Yeti Chomper is the only chomper with range and can get a zoom upgrade. Also, it’s an ice variant.

The Unicorn Chomper is for the hardcore Garden Warfare players. Instead of burrowing ability, you get a Rainbow warp which is like the scientist warp. This character can only be unlocked if you reached max level 313 in the first game.

Disco Chomper is the legendary variant of the Chomper. This variant has a party mode which you can fill by swallowing zombies. This party mode gives you the ability to move faster and eat faster.

Chompers get character upgrades every time you level them up to 5 and 9. When you get them to level 10 like every other character in the game you can upgrade them to a higher rank.

Here are the character upgrades and what they do

As you can see, you don’t get upgrades for level 9 of the last two ranks. Once you get to level 5 of Super Elite, you won’t need to level anymore for character upgrades.