The best landing spots are in Fortnite? 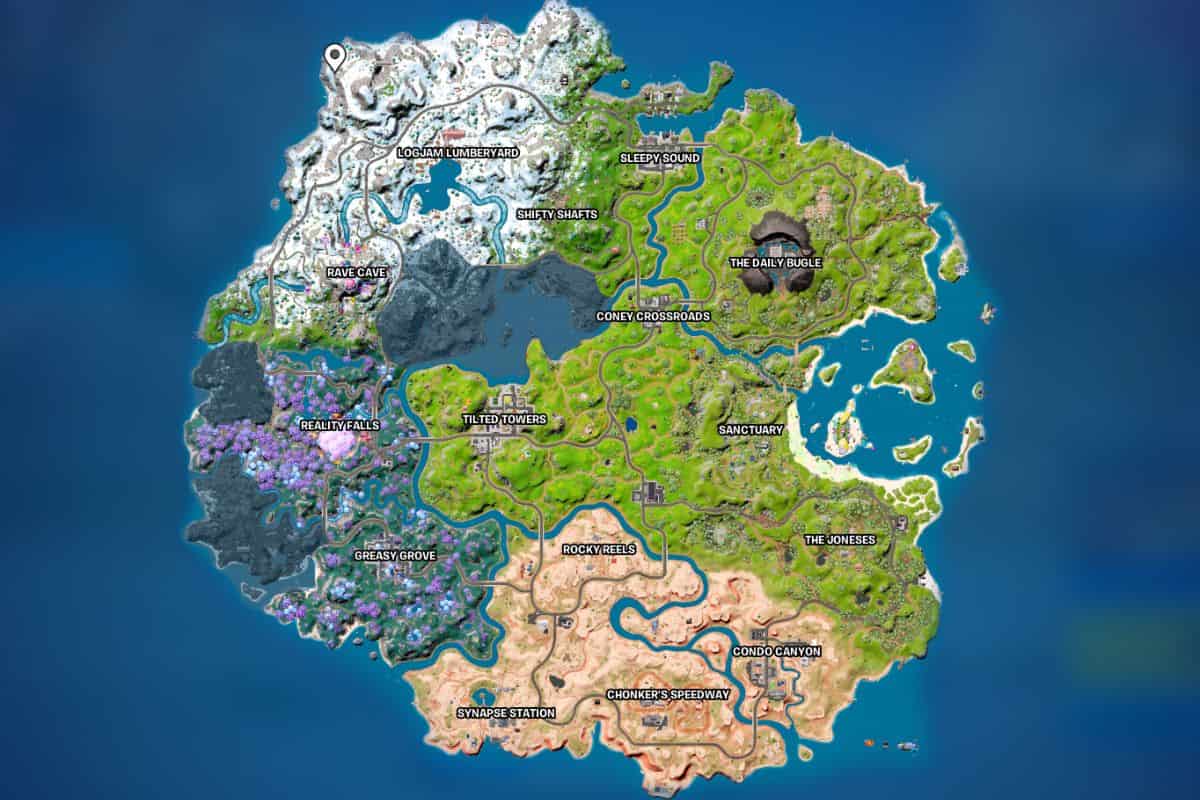 With the new season here and making a scene in the Fortnite world, there is no shortage of landing spots anytime soon. Chapter 3 Season 3 has added new locations and took out some fan-favorite spots as well but do you know which ones are the best? Here at Duck Blogs, we go over what our top favorite locations are not just because they look cool but how the location is on the map, the amount of loot and so much more. So take a break from cranking 90s and read this article on the best landing spots in Fortnite Chapter 3 season 3.

Sleepy Sound is a smaller location on this list but it doesn’t mean that this area is bad. It was first introduced with the new chapter and it’s located northeast of Shifty Shafts. Sleepy Sound has a bunch of cool buildings within it including a motel, Sticks restaurant, and a residential neighborhood. All these places have pretty good chest spawns as well as ground loot. There is a possibility that 41 chests will spawn in the town of Sleepy Sound. Its location is a lot better than some of the other locations on this list but it’s on the upper edge of the map so it could be hard for rotation if given a bad circle. The plus side to being on the edge is that not a ton of people will go here if the bus doesn’t fly over so it makes a good starting point in getting you and your team a headstart in loot. Overall this location is kinda average in terms of loot and location.

In terms of the newer drop spots, Rave Cave is brand new with the new season. This unique location looks amazing and it has pretty decent loot to go along with it. In the past seasons, Rave Cave was formally known as Command Cavern which was owned by the Imagined Order. It got repurposed after the Imagined Order’s defeat and is now a rave party area complete with a roller coaster that can be rideable with ballers. The location of Rave Cave is kinda out of the way but you can easily rotate into the circle if you also take note of the lake that is east of it. With two NPCs here and a possible 61 chest spawns this location can definitely be overlooked. In our opinion, Rave Cave is one of the best newer landing spots in Fortnite.

Spiderman! Spiderman! Does whatever a spider can. This location is one of my favorite locations in the new chapter. Might be a little biased as Spiderman is one of my favorite Marvel characters but still, this place is nice. The only problem I do have with this is that it’s in the northeastern part of the map and hidden in like a volcano area so it is kinda harder to rotate out of but still it’s amazing. With 48 possible chest spawns making it a nice landing spot to go to. The main building in the center is where the majority of the loot will be but the two other housing buildings are filled with loot as well. The Daily Bugle has survived 3 seasons so far so hopefully, we get to a 4th with it.

Alright, I’ll get this off my chest. Sanctuary is my least favorite on this list in terms of landing spots but it still deserves a spot on this list. With Sanctuary being all spread out in terms of buildings and loot it makes a harder landing spot. A possible 48 chests spawn and a very central area makes this spot a go-to in terms of bad circles. Sanctuary is the main base for the Seven which are like the good guys of the game and their base has held up for 3 seasons so far. This is not my favorite spot to land in Fortnite but it definitely deserves to be on this list.

How can we have the best landing spots on the Fortnite list if we don’t include Tilted Towers? If you don’t see the lobby dropping here then you might be in a broken server. Tilted Towers is the place to go and get killed instantly after dropping. This place is an OG and was in Chapter 1 as well. The location is perfect for any circle since it’s super close to the center of the map which also makes it a chaotic time. With 55 possible chest spawns making it one of the most chests spawns in an area in Fortnite. Tilted Towers will always have a special place in everyone’s heart whether you played in the good old days or you just started playing.

Locations in Fortnite come and go and pick out new locations to land at can always be hard to do. The locations that we picked are based on our personal preference and in no way shape or form the best. If you have a landing spot that we missed or a location that you missed let us know in the comics we would love to hear what they are.